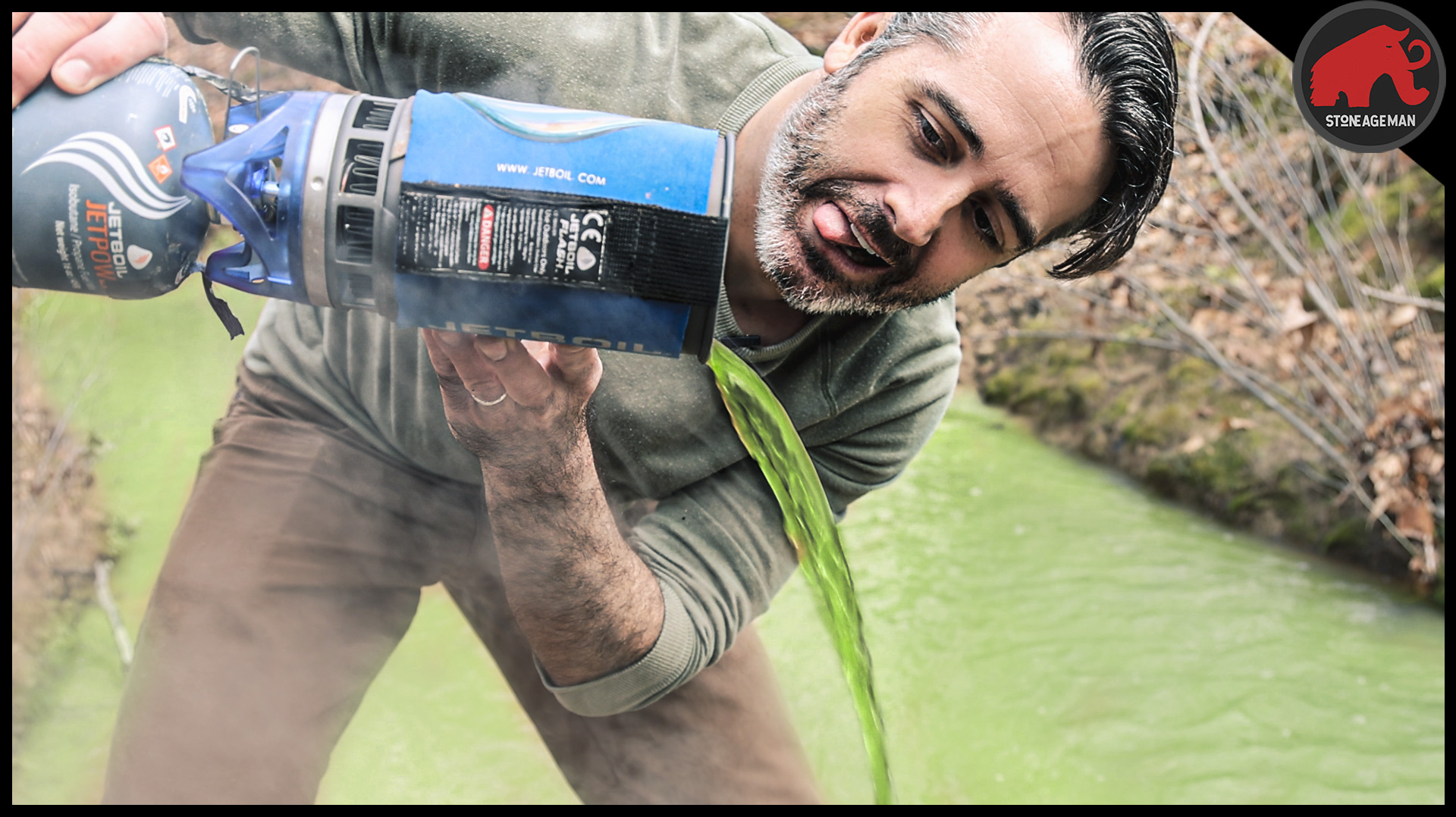 Why we need filtered water

Water is everywhere. The average adult human is between 55% and 60% water. Water makes so much of our blood and tissues. Every day we loose 2-3 liters from sweat, breathing, and urine.

When we start to get dehydrated, decreases brain function, mood and blood pressure. Essentially if you’re low on water, you won’t be able to think as quickly and do the basic tasks you need to survive in the wild.

Point is that if you’re in the wilderness you need to constantly think about where you’re getting your water. The problem is that you can’t just get drinking water out of a faucet outside. This water is not filtered or purified.

If you’re in a developed country, you might never even think about it. Worldwide though over 2 billion people don’t have access to good drinking water about half a million people a year die from health issues related to water… so if you’re visiting any of those places you need to start thinking about how to treat water. It could happen here in the US at anytime too.When Hurricane Katrina came through, it took 5 whole days to get drinking water to the super-dome?

If you know a bit about filtration and purification of water though, you won’t have to worry at any time.

The bad stuff to filter out of water:

Water is where all the bad stuff seems to live. Water bodies that we use to drink are full of harmful worms, bacteria, viruses and protozoa in water. Here are a few of the most common waterborne problems that we’re concerned with treating.

It’s almost impossible to filter out heavy metals, salts and organic particles with traditional field filters. Chemical treatment won’t help either. These are the jobs for industrial level treatment or for reverse osmosis systems – which aren’t as portable yet as I’d like them to be.

The good news is that for the most part a hiker isn’t going to have to worry much about these chemicals and heavy metals. Mercury poisoning from a water body for instance isn’t really caused by drinking from a lake once. It’s caused by long term exposure. Likewise, unless you’re digging up toxic sludge, the concentrations are low enough for survival situations that it’s of almost no worry.

The short, try to find the best, cleanest, and most clear looking water first.

Algae and the toxins in it

Algae can cause problems that we don’t think about. The biologist I talked to in Sweden with WHO told me that many dogs there are dieing because people are letting them eat the algae on the sides of water bodies. This algae actually has toxins in ti that cause acute toxicity. These dogs are a good reminder not to find water with as little algae in it as possible.

The simplest way to explain the difference between filtering and purifying is in the level of protection you get from the above harmful organisms. Filtration will take out the large protozoas and bacteria much like a coffee filter will take out the large chunks of ground coffee bean. Purifying removes the harmful protozoa, bacteria AND viruses. That offers the highest defense.

5 Ways to Purify Water so you can drink it

Moist recommendations suggest boiling water for 5 to 10 minutes to kill the harmful micro organisms. However, it’s also true that it really only takes a minute or two to kill just about everything in the water. The extra time is usually added to recommendations just to make extra sure it’s all gone.

Iodine pills and common household bleach can be used to treat water for drinking. Iodine pills can be picked up from sporting good stores and are an extremely common method of treating most pathogens. A few things however

Cryptosporidium is chlorine and iodine resistant. That means it’ll survive treatments so you have to think about other ways to get that out of the water.

Particulates in general protect microorganisms so the more particulate, the greater the chance you won’t get everything.

There are lots of ways to filter – Reduce content. Often hard to know what you’re getting.

UV light has the ability to essentially blast cell walls and destroy a lot of particles in the water. In developing countries they often fill clear bottles and put on the roof and to help zap and clean the water.

I’ve asked a lot of experts what it means to “purify” water. They all say it’s semantics really. We’re trying to clean water as much as possible to drink and you don’t actually want to get everything out of it. In fact, water that is technically pure H2O lacks important minerals and nutrients. Drinking that water can upset your own bodies natural balance because those minerals and nutrients start getting sucked out of our bones and organs to balance things out. That’s not good.

We can all agree though that we want water that’s clean and healthy to drink. That means we need to get rid of harmful amounts of micro organisms, bacteria and viruses. We need it to be free of organic chemicals and heavy metals too, which are hard to get out, but shouldn’t be too big of a worry if you’re drinking from a generally safe body of water.

My hope is that this overview gives you an introduction to water filtration and purification. If you’d like to get a secondary source, I’d suggest looking at this document from the World Health Organization. The experts I talked to from WHO referred me to it and it was helpful in organizing this page and video as well.

If you're trying to learn a few basic knots for the outdoors, I made this beginners knot course…

What is the Best Survival / Bushcraft Knife

Different knives are used for different things. The steel, the edge, the size, and the shape…

Trivia time! What is the most important thing to do in a survival situation? I’ll give you…

How to Tie the Taut-Line Hitch

The taut line hitch is a friction-type hitch that can be tied on a rope that is under tension.…

How to Tie 5 Essential Knots

The five knots here are a few of the great knots used in the outdoors. They aren’t the…
Signup to receive email updates and you will receive a
Free Basic
Survival Guide