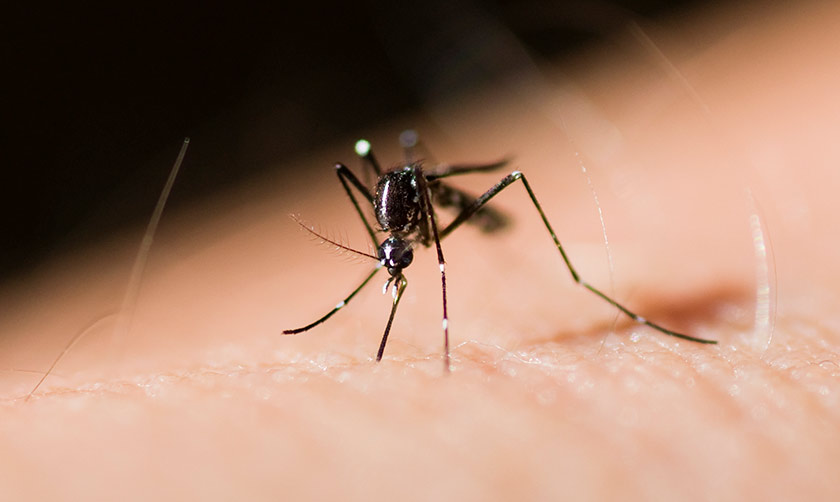 The mosquito is responsible for killing about half the people that ever lived. That means you need to learn about the mosquito and how to avoid death by the many diseases they carry.

It’s surprising to most people that the deadliest animal in the world is actually mosquitoes, but numbers don’t lie. Mosquitoes are responsible for around 1,000,000 deaths a year, but (unless you have a rare allergy) mosquitoes themselves are not what can actually kill you. In fact, and speaking from a highly uncomfortable personal experience in a mosquito lab, even a couple thousand mosquito bites at once won’t really harm you beyond the normal itching and red bumps! Instead, deaths are caused because mosquitoes can carry some of the worst disease-causing pathogens on Earth. Fortunately, having just a bit of knowledge means we can do something about it!

Not everyone is aware that there are lots of different species of mosquitoes. Worldwide, there are more than 3000 species. Each mosquito adult is specialized to feed on varying  hosts. The larvae are specialized to live in different aquatic environments and feed on different organisms. Not all adults feed on blood either, but among  blood-feeders, it is only the adult females that take a blood meal. So if you get one of these blood-suckers on your arm, you know it’s a soon to be mom. She needs your blood to nourish all the eggs she will lay!

Some species of blood-sucking mosquitoes feed on birds, some on frogs, some on lizards, and some on earthworms. A select few will bite humans, and a few of those are really well adapted to living near human developments. They belong to the genera, Aedes, Culex, and Anopheles. These are the mosquitoes we need to focus on if we’re going to prevent the deadly diseases they carry.

The destructive diseases mosquitoes carry are referred to as mosquito-borne pathogens. In some cases they are protozoa, like in malaria. In others, it’s a virus like in Zika or yellow fever. It could even be a worm, like the worm that causes elephantiasis. But it doesn’t end there. Mosquitoes can even carry the eggs of botflies that can be transferred to your skin when bitten. The botfly eggs hatch into minuscule larvae that can burrow under your skin and eat your flesh. Once it matures, it breaks back through your dermis and emerges as a fat, writhing, worm-like botfly larva! Ew.

Here is a list of some of the worst diseases caused by mosquito pathogens for reference:

How mosquitoes spread these diseases

In almost all known cases, a freshly hatched mosquito does not have any of these diseases. I say most because there are always exceptions to the rule. Instead, the main way diseases are transmitted is when a mosquito takes a blood meal from an infected host and  carries that pathogen to another host. Because of this pathway, the mosquito is just the vector of the actual killing agent. Thus, mosquitoes take the title for the deadliest animal only because it’s good at assisting other organisms in killing us.

To prevent transmission, we have to prevent mosquitoes from biting us. Here are a few ways to stop transmission.

Getting rid of water-holding containers where mosquito larvae develop is the most effective way to get rid of problem mosquitoes. In fact, two of the mosquitoes that are most problematic for humans – two species in the genus Aedes, don’t travel far from their hatching location. They may only go a city block or two from where they hatched. That means, if you can get rid of water bodies around your home, you’ll go far in getting rid of these mosquitoes.

Most people don’t realize that water bodies can be created from a ton of things in their yard. Tarps collect water when laying on the ground. Kids toys do the same – an upside-down frisbee with water in it is enough to create a large amount of mosquitoes. Even spare tires and random trash can be breeding grounds for mosquitos. Spend some time looking around your yard after a rain. If it has water in it, find a way to tip it or turn it over. I cannot overstress that getting rid of even tiny pools of water near your home is the most effective way to keep your yard as mosquito-free as possible. It works!

Scenarios to Avoid with Mosquitoes

The Most Dangerous Disease

Mosquitoes carry some really bad disease causing pathogens. Dengue (or breakbone fever), yellow fever, zika (which causes babies to have small heads), and West Nile to name a few. But the worst, is malaria.

Malaria is the deadliest disease known to humans and is carried by female Anopheles mosquitoes. It has even halted armies throughout history. It infected Theordore Rosevelt, George Washington, Abraham Lincoln and John F Kennedy. Astoundingly, it is suspected that half of all humans that ever lived died from this disease. Malaria is the reason the CDC (The Center for Disease Control and Prevention)  was started in the US in 1946. It was also one of the reasons it took so long to build the Panama Canal – they couldn’t keep laborers well enough to complete it. American’s don’t think about it much because it’s been mostly eradicated from the western world – but it is still prevalent in other areas of the world. When traveling to areas with high malaria rates, you can take preventative malaria medication before you even leave. This not only protects you, but it prevents the spread of this terrible disease.

How to Survive the Mosquito?

First, I’ll reiterate that it’s basically impossible for a mosquito alone to kill a person. The pathogens are what kill people. How you survive after getting infected is different for each illness, and I’d need another entire book to cover how you’d recover from those. Just keep in mind that everyone has a role to play in stopping these illnesses. You can eliminate any non-natural water catchments where mosquitoes can develop and get all necessary vaccinations and medication when you travel abroad.

Here is how you can control and reduce mosquitoes yourself:

I should note that while mosquito pathogens could be transferred just about anywhere their host mosquito lives, many places in the world have done a tremendous job eradicating the diseases. Florida is a great case in point. The entire state is swampy and full of mosquitoes. Without the concerted effort of mosquito control and the general public’s support, diseases like malaria, yellow fever, dengue and Zika would be far more prevalent than they are. Fortunately, scientists make sure those diseases are quickly squashed every time they pop up in the state. These creative and passionate entomologists are keeping everyone safer, shielding us from threats we might never know exist if they do their job well!

Have you ever wondered what would happen when you take a cage of roughly 2000 mosquitoes and stick your hand inside? If you’re like most of the people that I described one of my latest videos to, you probably haven’t. I had always wanted to do this, however, and finally got my chance when I was visiting the University of Florida’s Entomology and Nematology Department.

The video was all about how to protect yourself from mosquitoes so over the two months I worked on the film, I became my own mini-expert on the topic. It blew my mind that in the past researchers would rear mosquitoes with their own blood. It was a tried and true technique that is only now falling out of fashion.

I felt certain I wouldn’t get a disease from these captive bred mosquitoes, because mosquitoes generally don’t pass diseases to their offspring. I also knew that only the females would be feeding – essentially getting a blood meal to nourish their developing eggs. What I didn’t anticipate though, was that after having mosquitoes suck my blood for about 15 minutes, my body would have an unexpected immune response to the bites and I’d end up in bed for most of the following day.

If you want to see the full video, here it is: