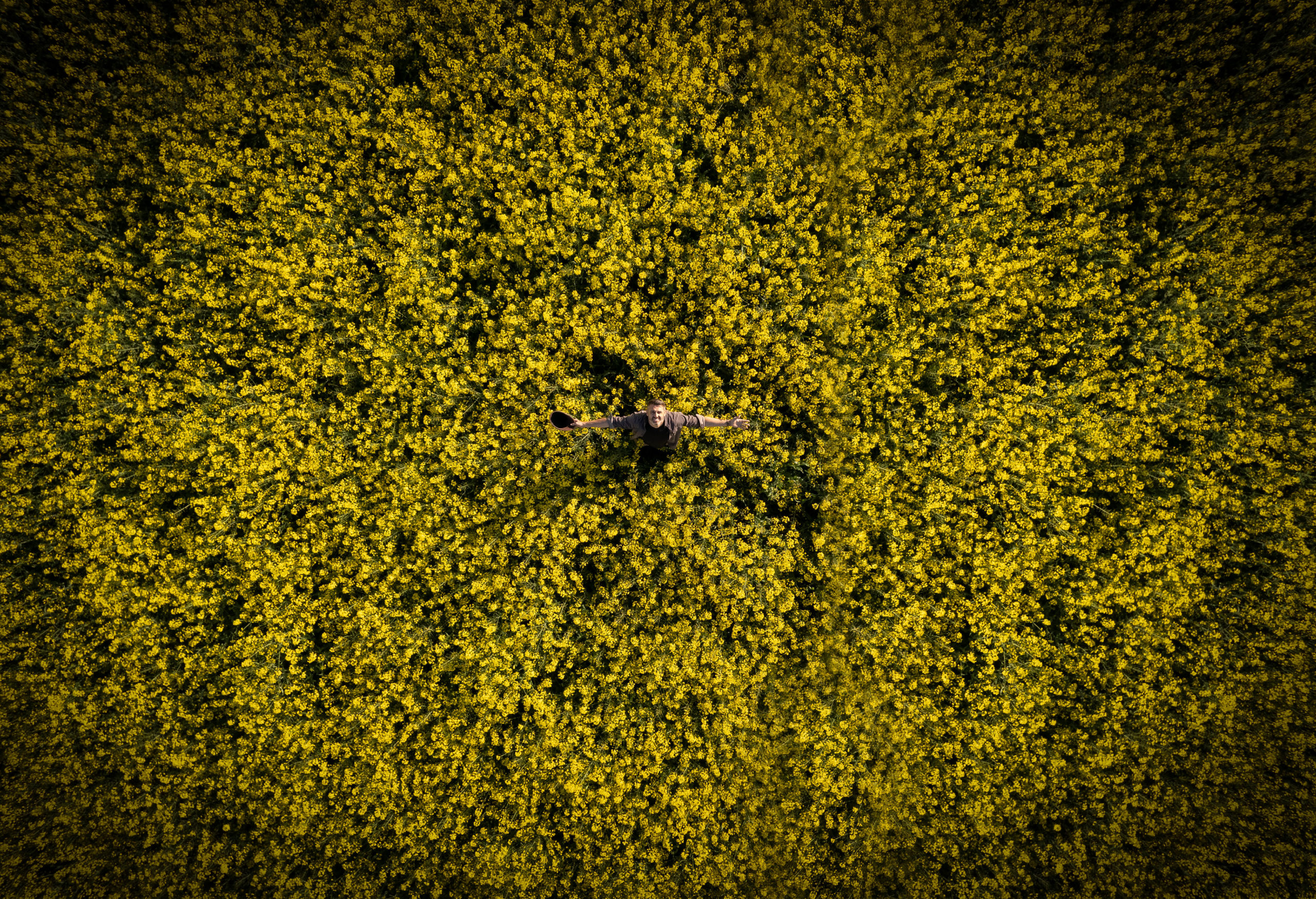 As the world becomes more and more concerned about ever-depleting fossil fuels, and climate change that is accelerated by burning said fossil fuels, we look for new sources of renewable energy to replace them. One of these alternatives is biofuel, that’s right, fuel made from plants! There are a few different plants used to produce biofuels and biodiesel, and today we are going to have a look at one of those fascinating options: rapeseed.

Rapeseed flowers are a bright yellow, with four petals arranged in a perfect cross. If you have ever seen a field of rapeseed in bloom you would agree that it is unbelievably bright and can be quite beautiful!

Rapeseed provides the second largest source of protein in the world and the third largest source of vegetable oil, however, the rapeseed used for cooking oils is usually canola – which is a cultivar of rapeseed that has been artificially selected to have lower erucic acid, making it safer to eat.

Recently there has been an increase in the amount of rapeseed grown, not for protein or cooking oils, but instead to produce biofuels!

What is a biofuel?

The biofuel definition is simply a fuel that is derived directly from living matter, as opposed to fossil fuels which formed over millions of years from dead organic matter. Now, in terms of fuels we can use in machines derived from live organic matter, there are biofuels and biodiesel. The difference is in the main component that can be derived from the plant: biofuels use ethanol, whereas biodiesels are methyl esters.

Biofuel examples are corn biofuel and sugarcane biofuel, whereas biodiesel is made from soy, palm oil, and rapeseed

How does a plant become a biofuel?

Making plants into biofuels is a very interesting process,

After flowering, rapeseed will form large seeds full of rich oil, the seeds have to be cleaned, preconditioned, flaked, and cooked, then the oil can be extracted either mechanically, by crushing the seeds, chemically using solvents, or a bit of both. The product needs to be refined to remove a bunch of undesirable substances before a process called transesterification transforms the oil into fatty acid methyl esters – which is the biodiesel – and some byproducts like glycerol. Biodiesel can be used on its own in many cases but it is often mixed in with normal diesel and can also be used to make jet fuel! Glycerol also has many uses: from food, to cosmetics, and even making paper.

Now, many people get pretty excited about biofuels, with good reason, but the question remains, are biofuels sustainable?

There is debate around biofuels pros and cons and many people are actually against biofuels, especially since it seems that it is not as sustainable as advertised and it may be a crutch preventing us from moving away from our over-use of combustible fuels.

There are of course benefits of biofuels too, as they do produce much less CO2 than fossil fuels, but that might not be enough to outweigh the problems, such as large amounts of land-use, heavy pesticide and herbicide use, and driving up food costs. Therefore, we must carefully weigh the options before the world puts in more resources to produce biofuels on a larger scale.

Check out this video below where we explore this issue in Czechia!

Indian Pipes (Ghost Pipes ) : The Forest’s Pain Reliever That Are Risky But Effective

The ghost pipe (also known as the indian pipe) is white to almost translucent. We see it as…

Are Rose Hips Good For You? Everything You Need to Know About How To Eat Rose Hips Safely

When most of us think about roses, we think of a big bouquet you might send to someone on…

Persimmons are delicious! And deadly?! 

Deadly Poisonous Pokeweed is Actually Edible If You Do it Right

Recently, I have had a small obsession with this deadly toxic plant. Part of that is because…

How to Identify, Avoid, Treat and Survive Poison Ivy

Poison ivy doesn’t contain a toxin. Plus, it kills in a way that’s contrary to almost…
More Posts
Signup to receive email updates and you will receive a
Free Basic
Survival Guide